Symptoms of Ulcers to Identify It

Previous Next
Symptoms of Ulcers to Identify It
Share This Story

Do you have burning sensation and severe pain in the stomach along with symptoms like loss of appetite, weight loss, abdominal pain, indigestion and so on, this can be due to ulcers.

Ulcers are the painful opens in the lining of the small intestine called duodenum. It is a painful wound in the stomach. Acids play an important role in ulcers, acids are produced by stomach for digestion of food, which we eat. Common symptom of ulcer is pain or burning sensation in the stomach, pain duration depends on the severity of the ulcers. The pain lasts for few minutes to few hours depending on the type of the ulcer. Pain starts within few minutes after taking your food. 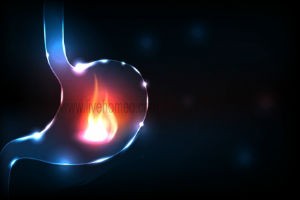 Ulcers are differentiated depending on the affected area and duration of the pain. Some common types of ulcers are 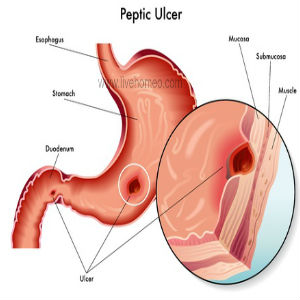 Symptoms depends on the severity of the condition, symptoms may vary from person to person depending on the type and stage of ulcer. Some common symptoms are

Some people may also face dehydration, bleeding in vomiting, darker stool, severe pain in the middle of the night, pain in empty stomach and indigestion.

With the pain in stomach, we cannot come to a conclusion that is ulcer symptom. To identify whether you have ulcer or not your doctor along with physical examination will review your signs of problem and symptoms, and recommend some tests like X-ray, endoscopy, endoscopic biopsy is conducted to find out bacterial infection. If ulcers are not treated on time properly. It may lead to some serious complications like internal bleeding and scar tissue development etc. Proper on time treatment and changes in life style and diet can treat ulcer in most of the cases.

Homeopathic theropy offer great and effective treatment for ulcers and stomach ulcers. With a well selected by a professional homeopath. Homeopathic therapy may vary from person to person depending on the type and symptoms of ulcers. Homeopathy for ulcers is made from natural substances and is safe and show good results in treating ulcers and stomach ulcers. Some homeopathy for ulcer or stomach ulcer is Merc sol, Nitric acid, Fluoric acid, Borax, Kali Bichrome and Argentums Nitricum.