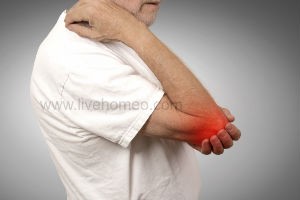 Hi, My Grand Father is suffering from Arthritis and leg muscles have become weak. There is Any Best Treatment for This problem?

The Homeopathic medicine for Arthritis reduce pain, stiffness and act effectively on acute and chronic conditions, by finding the cause it aims to restore balance by resolving core issues.

What should be done to cure arthritis naturally? Is there a permanent treatment for arthritis in Homeopathy?

What are the symptoms of Arthritis?

Some common symptoms of Arthritis are Early morning joint stiffness, Tiredness, Feeling unwell, Weight loss, fever, Night Sweats, Bony lumps, Pain in joints during or after use, Swelling around the joints and Skin Rashes.

What is the treatment for arthritis?